East Palo Alto, CALIF.—Waiting for her doctor, six-year-old Alejandra Vazquez sat patiently on the check-up table, every fidget crinkling the paper beneath her. Yesterday a dentist at Willow Dental Care in San Jose extracted one of her baby teeth. Alejandra said the dentist pulled the tooth because “it was loose,” but her mom explained, through a translator, that the tooth was decayed and that Alejandra needed several cavities filled.

East Palo Alto, CALIF.—Waiting for her doctor, six-year-old Alejandra Vazquez sat patiently on the check-up table, every fidget crinkling the paper beneath her. Yesterday a dentist at Willow Dental Care in San Jose extracted one of her baby teeth. Alejandra said the dentist pulled the tooth because “it was loose,” but her mom explained, through a translator, that the tooth was decayed and that Alejandra needed several cavities filled.

“A lot of people don’t end up taking their kids to the dentist because of transportation issues,” Vazquez said. Both Alejandra and her brother Nicolas have dental problems and, as it stands now, the Vazquez family must take several buses to get to the Willow dental clinic for treatment.

Alejandra’s story is no exception. In East Palo Alto’s Ravenswood School District, about one in three children have dental cavities visible to the naked eye and by the third grade more than 70 percent have had cavities, according to Ravenswood Family Healthy Clinic, East Palo Alto’s only form of health care.

Even though studies point to preventative dental care as a powerful way to improve general health, the federal government has slashed funding for programs like Denti-Cal, “Healthy Families” and “Healthy Kids.”

Against this backdrop, many would shy away from opening a new dental clinic here. But the Ravenswood clinic is opening a 4,000 square-foot clinic later this month. At full capacity, the clinic will serve between 6,000 and 8,000 people, 60 percent of whom will be children.

“Our goal is to promote health equality through access and quality care,” said the clinic’s CEO Luisa Buada. When asked why she is building a dental clinic in the middle of all these cutbacks she reminds people that, “the access to dental care in our service area of East Palo Alto, Bellhaven and North Fair Oaks, is one dentist for every 81,521 individuals.” Buada said, noting that the government considers one to 5,000 “inaccessible.” “Basically, the dental care here is nonexistent.”

The national picture doesn’t look much better. In fact, one-third of Americans didn’t visit a dentist last year, according to a Gallup-Healthways poll of 355,334 people. And, a recent American Dental Association survey showed that patients who lose dental insurance ask for alternate payment plans or skip appointments all together.

“The message of the value of your teeth is not getting through,” Matthew Messina, consumer adviser for the American Dental Association said. “If people consider dental care a luxury item, they’re shorting themselves. Prevention is always cheaper than fixing problems later.”

“We are compelled to point out that too many low-income Americans still suffer needlessly from dental disease,” John S. Findley, American Dental Association President, wrote in a letter to President Obama. “This is unacceptable. Oral health is not elective; it is an integral component of overall health and well being.”

This a large part of why Ravenswood is opening the new dental clinic, Buada explained. “People have failed to notice one of the relatively new pieces of public health information about untreated dental disease,” Buada said. “It exasperates heart disease, diabetes and many other conditions because you’re living with a chronic clinical infection in your body when you have dental disease,” she said.

Surprisingly, most Americans do have access to dental care, according to Findley. For example, he pointed out that per capita dental costs were $316, as opposed to per capita medical costs of $5,496 in 2007.

Programs exist to provide underserved populations with access to dental care, but the question remains as to why so many Americans—especially children—aren’t getting the care they need.

According to Findley, dental care is inadequately funded. Medicaid promises “coverage” to millions of our most needy citizens, which are mostly children. However, he added, “inadequate funding betrays that promise, making it all but impossible for dentists to provide the care Medicaid beneficiaries so desperately need. Quite simply, we need government to adequately pay for the care it promises.”

The Ravenswood dental clinic will be a non-profit community health center treating all patients regardless of ability to pay and accepting all public health coverage and sliding fee payments for the uninsured. One-fourth of the children at Ravenswood are covered under Medi-cal, another fourth under “Healthy Families” and another quarter from “Healthy Kids.” The last fourth have no health coverage.

Dental disease is the single most common chronic childhood illness in California, according to the Dental Health Foundation. Federal and state governments are beginning to catch on. New programs and legislative mandates are building public interest and urging people to deal with this preventable disease at state and local levels, Buada said.

State legislators recently mandated that kindergarteners and early elementary-schoolers receive dental screening. This new law places childhood dental care in the public eye and, “will test whether the existing system of dental coverage and treatment options can adequately address the problem of childhood dental disease,” according to Lucile Packard’s 2007 “check-up” on children’s dental health in Santa Clara and San Mateo counties.

The Federal Office of Management and Budget has ranked health centers—or the 1,250 health care centers across the country that provide treatment regardless of an individual’s income or insurance coverage—one of the ten most effective federal programs. By focusing on prevention, community health centers save substantial money in avoided emergency room visits, medical treatment and hospitalization.

“Many of our clients are predisposed to chronic disease because of either genetics, living conditions and diet, so we see a lot of diabetes, hypertension and obesity in our patients,” Buada said. Prevention, she added, is an important way to break this cycle. “Our clinic works to involve the patients in self-management and to get them to change their behavior.”

Part of this self-management process, Buada explained, is to ease children’s fear of the dentist. To this goal the Ravenswood clinic will have television screens above the dental chairs so young patients will begin to have positive associations with the dentist. The new dental clinic will also implement an electronic record system to track patients’ health charts.

The construction firm building the dental clinic re-engineered the mechanical system to bring the price down for budget reasons because the original estimate was a considerably higher, according to John Sonenberg, superintendent for Cobe Construction.

Most of the fundraising has gone to planning and construction to push the project off the ground. The clinic said it’s starting small and will scale all activities based on the contributed support, Buada wrote in a funding proposal.

“We make our decision based on the needs of the community, not based on whether or not the money is there,” she said. “We figure if we do the right thing, the money will come and so far that formula has worked for us.” 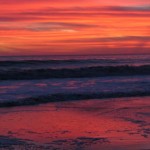