Consider the life of a small farmer growing rice, beans or corn on the fringe of the Amazon Rainforest. These staple crops feed the farmer’s family, and what’s left is sold at the local market.

Out of the blue, an outside organization introduces a new type of farming called agroforestry that is more sustainable, more profitable, more financially stable, less time consuming and less work intensive. You might expect these farmers to jump at the new system.

It works in theory, but “in reality, that’s not the case,” said Nicholas Murray, a Stanford senior majoring in earth systems, at the 2011 School of Earth Sciences Research Review. Murray spent a month and a half conducting research in Cupiúba, Pará, a small town in the eastern Brazilian Amazon, facing this very decision. What he found could pave the way for more productive outreach efforts by the government and non-governmental organizations (NGOs) alike.

Walking from house to house, Murray interviewed 100 farmers for insights into their decision whether to continue growing traditionally or switch their crops and methods in favor of agroforestry.

Most people envision farms as rectangular fields filled with neat rows of a single crop, but agroforestry turns this notion on its head, encouraging farmers to grow a variety of crops alongside trees, shrubs and even livestock.

Slash and burn agriculture is a problem in this part of the world. Amazonian soil is notoriously nutrient poor, and farmers have to clear new plots of land every four to five years as intensive farming and harvesting depletes the nutrients in the soil. Widespread adoption of agroforestry could substantially benefit the environment if it slows down or halts this cycle of deforestation.

Agroforestry could also lead to a more comfortable quality of life for small farmers. For one, the boutique crops often grown in agroforestry systems—such as fruits, nuts and spices—bring higher returns at the marketplace.

“Farmers are protected against market fluctuations by the increased diversity of these operations,” Murray said, “and these systems are typically less work and time intensive.”

Despite these environmental and social benefits, agroforestry is not the popular or obvious choice in many places where it is introduced.

“People typically say you don’t see such a high agroforestry adoption rate because they’re much harder to start up, require upfront capital, know-how, and specific kinds of inputs,” Murray said.

This conventional wisdom falls flat in places like Cupiúba, where NGOs and governmental agencies provide all the resources that would otherwise be barriers to entry but the adoption rate is still low .

“Even when you’re seeing those resources being provided, you get an adoption rate of about half, when in theory they have all the resources they would need to start things up,” Murray said.

It is the fifth factor, vehicle ownership, which is the most intriguing finding to come out of the research project. Murray did not expect this relationship, and indeed only included it as a proxy for wealth, since most farmers in the region do not track their wealth in numeric terms. However, the correlation does not seem to be merely between wealth and agroforestry adoption, as Murray didn’t find similar relationships between agroforestry adoption and any of the other wealth proxies (television, stove and refrigerator ownership).

Murray did not get the chance to investigate this link further, but speculated that owning a motorcycle or car may give the farmer greater access to information about agroforestry or the means to get produce to markets.

Stanford Ph.D student, Rachael Garrett, who has conducted research on agriculture in the Brazilian Amazon attended Murray’s presentation. Garrett said she wondered about the implications of Murray’s finding that vehicle ownership increases adoption of agroforestry has for conservation.

“If you gave everyone a car would they all use agroforestry?” Garrett asked. “Why can’t they just borrow their neighbor’s car or rent it or pay them to take the produce [to market]?”

Garrett also questioned whether local markets could absorb new agricultural products or handle the loss of traditional produce. “If everyone switched from conventional farming to agroforestry products, would there be enough supply of staples like mandioca [cassava], rice and beans?” Garrett asked. “How much could the local markets absorb?”

Almost a third of Amazonian deforestation can be attributed to small farmers, yet Murray cautions against misplacing blame.  “These farmers are not clearing forests because it’s something they like to do. In most cases, it’s their only option.” 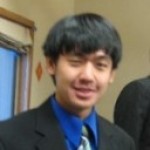