Menlo Park did not renew the contract of a lobbyist representing the city's interests the controversial high-speed rail debate at the state legislature. Officials have not named a replacement.

The City of Menlo Park, which has not been supportive of California’s high-speed rail project, is fighting a tough battle against Sacramento’s agenda. This is especially the case after it lost a contract employee in the state capital in December.

The city fired a lobbyist representing Menlo Park over the controversial high-speed rail program but has not found a substitute so far. Lobbyist Ravi Mehta became the latest casualty of the years-long battle between Bay Area cities opposing the $68-billion project and its advocates.

Mehta, a 53-year-old Sacramento-based public relations veteran, saw his contract ended after a council meeting last December, when the city council voted 3-1 against an extension.

With campaigners in Sacramento hiring resourceful public-relations specialists to push for the high-speed rail program, smaller cities resort to lobbyists like Mehta, hoping to level the playing field. For years, cities have spent public money to fight projects like the high-speed rail, but the public has yet to see any real results. The political gap between Sacramento and these cities remains.

Cities like Menlo Park face a fierce fight, because in 2011 the California High-Speed Rail Authority paid $9 million to Ogilvy Public Relations, one of the country’s largest public-relations companies, to kick off the project.

The high-speed rail project itself, intended to link San Francisco and Los Angeles in just over two hours by 2030, is estimated to cost at least $68 billion. This summer, Sacramento is determined to begin construction, starting with the first 65-mile segment that is to run from Merced to Fresno.

To fight Sacramento over the issue, since 2010 Menlo Park paid Mehta $80,000 each year to represent the city’s stance against an elevated track or a four-track rail system suggested by the high-speed rail authority.. The city hired Mehta to tell Sacramento that they were concerned about the environmental impact of the massive project running through their downtowns.

Mehta also used to represent the cities of Atherton, Palo Alto and Burlingame, which were in the same boat with Menlo Park, for the same lobbying price tag.

But the other three also fired Mehta in early 2012. Menlo Park councilmembers concluded during the Dec. 11 meeting that Mehta’s work was not as thorough or frequent as the city wanted.

Mehta did not return phone calls for comments about his lobbying role.

Mehta was not present at the meeting when the city fired him, but he certainly knows how costly the decision was for him. Mehta, president of the lobbying firm Capitol Advocates, has been paid $325 per hour for his services in Sacramento, during the past three years.

“I’ve spoken out against this contract for a couple years now, and I’m not in support of it,” said Kirsten Keith, a Menlo Park councilmember. “I don’t feel the city was getting enough for its money.”

Even though the high-speed rail authority seemed powerful, Mehta’s effort may have produced some results, according to the lobbyist himself.

He told the Menlo Park City Council in 2010 that he convinced the former head of the high-speed rail authority to meet with Menlo Park officials earlier that year, in spite of the negative impact of the city’s lawsuit against the authority.

Menlo Park, Atherton and Palo Alto sued the authority over aspects of the rail project’s environmental impact report, including projected passenger estimates and the impact of various design options on their cities.

Menlo Park Councilmembers declined to say whether they believed the meeting was a result of Mehta’s lobbying.

Mehta’s career has also been hindered by a few questionable practices.

As a lobbyist for Oracle Corp., he handed a $25,000 campaign check to an aide of California’s former governor Gray Davis at a Sacramento bar to win a $95 million, no-bid computer software contract with the company in 2001. Under pressure, the former governor asked the aide to resign, and Oracle, which Mehta represented, withdrew the offer.

Earlier, as the treasurer of the Sacramento watchdog agency “Fair Political Practices Commission” from 1995 to 1997, Mehta was sued and then fined by the commission after he spent $7,000 in contributions from the California Pro Business Committee to repaint his Porsche 911 Carrera.

Mehta founded Capitol Advocates in 2000 and became president. He has also been president of Metaphora Wines in Saint Helena since 2005.

He earned a bachelor degree from UCLA in economics and political science, and a J.D., the degree required to practice law in United States, at Whittier College School of Law in California.

Recently, his contract to provide legal services to one of Sacramento’s suburban water districts has also come under review. His fees amount to 28 percent of the district’s annual budget of $1.5 million. 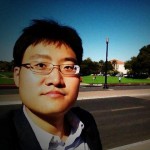